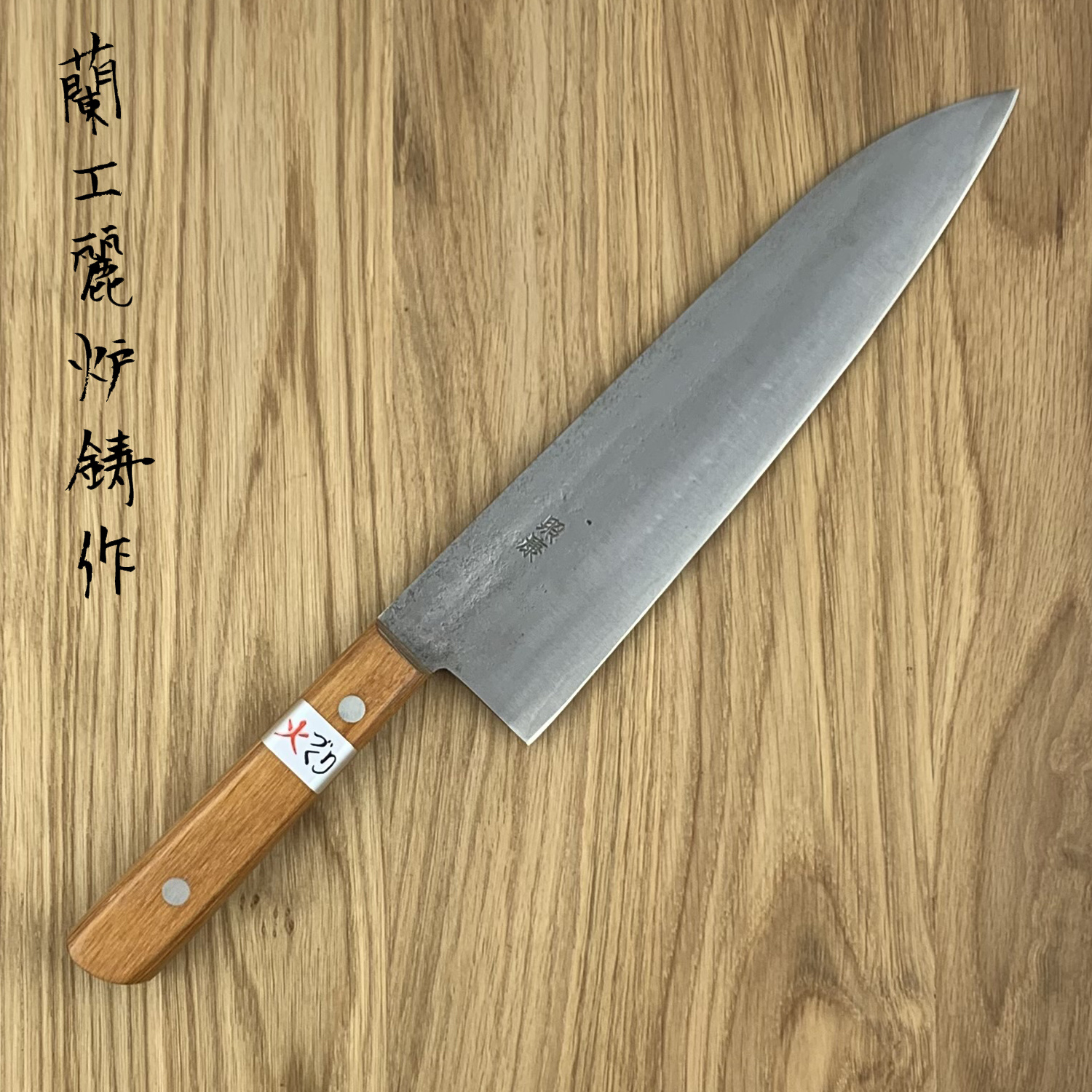 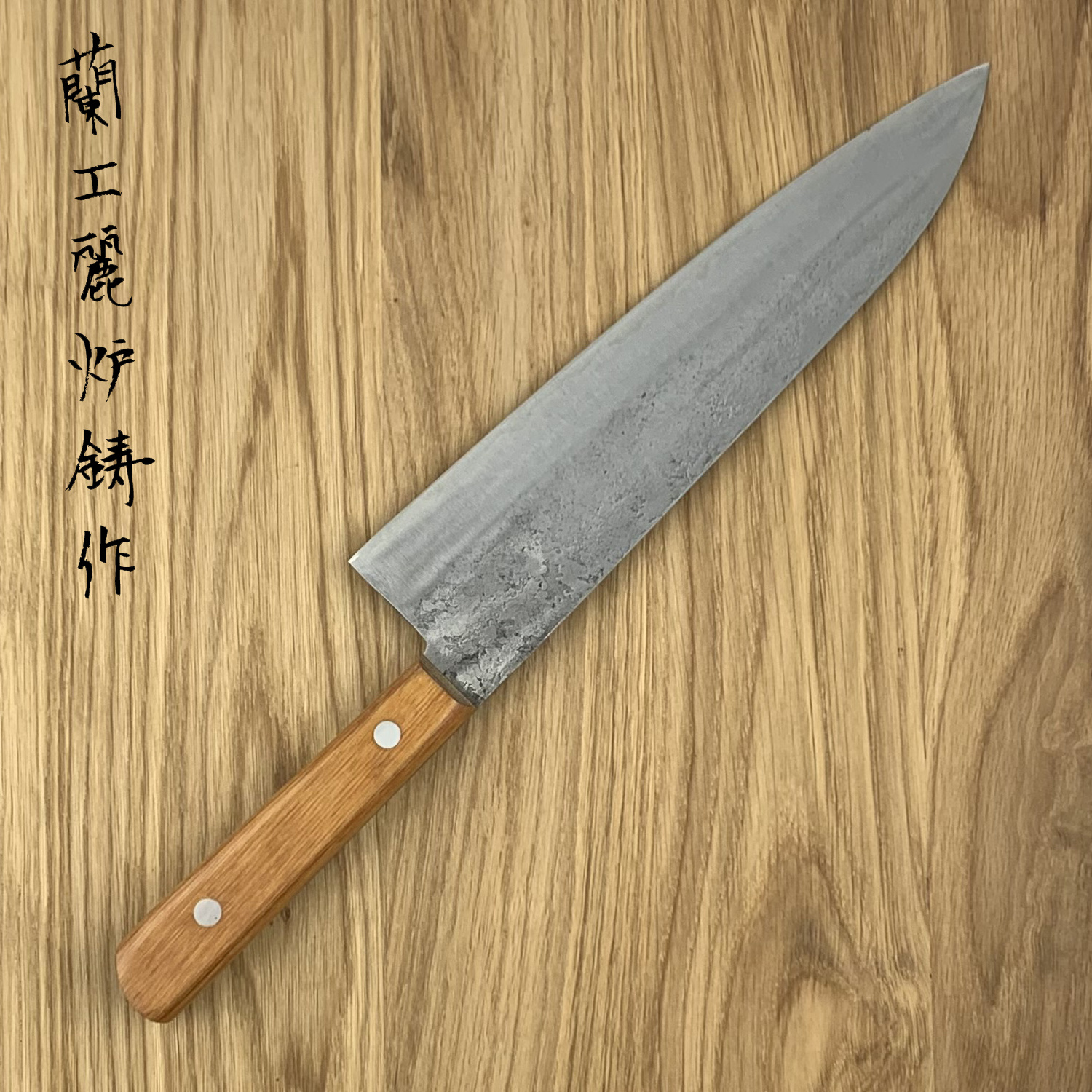 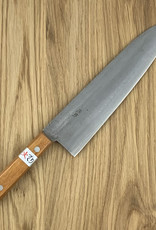 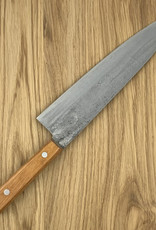 A classic knife by Fujiwara, hammered and forged by hand, with a robust look. Thanks to the thin finishing of the blade above the cutting edge this knife is extremely sharp. The handle is made of pakka and can be used by both right and left handed. The finishing of the blade is called Nashiji, which is named after the skin of a Japanese pear. This knife is used by professionals and passionate homecooks.

All his knives are thinned by hand on the Kaiten Toshi water stone, then finished with a micro bevel. Fujiwara knives are known for their thin blades, so this means they are perfect for cutting, but not for chopping bones or frozen foods. The blade is fragile on the cutting edge and if force is used in an unappropiate way, this may harm the cutting edge.

This traditional steel is not named after its colour, but named after the colour of its paper wrapping, in which it is stored in the Hitachi steel factory in Japan. There are 3 grades of Shirogami white steel: #1,#2 & #3. From these 3, #1 contains the highest amount of carbon and #3 the lowest. Generally we say at our knifeshop, grade #1 can be made extremely sharp, but will be a little more fragile than #3. While #3 is a little softer, it's also easier to resharpen, but has less edge retention. Grades #1 & #2 are most common among white steels. White steel is a refined steel with a low percentage of iron, loved by many,  as it is relatively easy to maintain. In practice it can be maintained with a whetstone and in a short amount of time it will become very sharp. This does not mean that these knives never have to be resharpened by a professional, even all knives in Japan need to be refurbished at a certain moment. This Shirogami steel is embraced by sushi chefs who demand extreme sharpness of their knives. White steel oxidates relatively quick and therefore needs to be maintained more often, but on the other hand you will get all benefits of this beautiful steel characteristics.