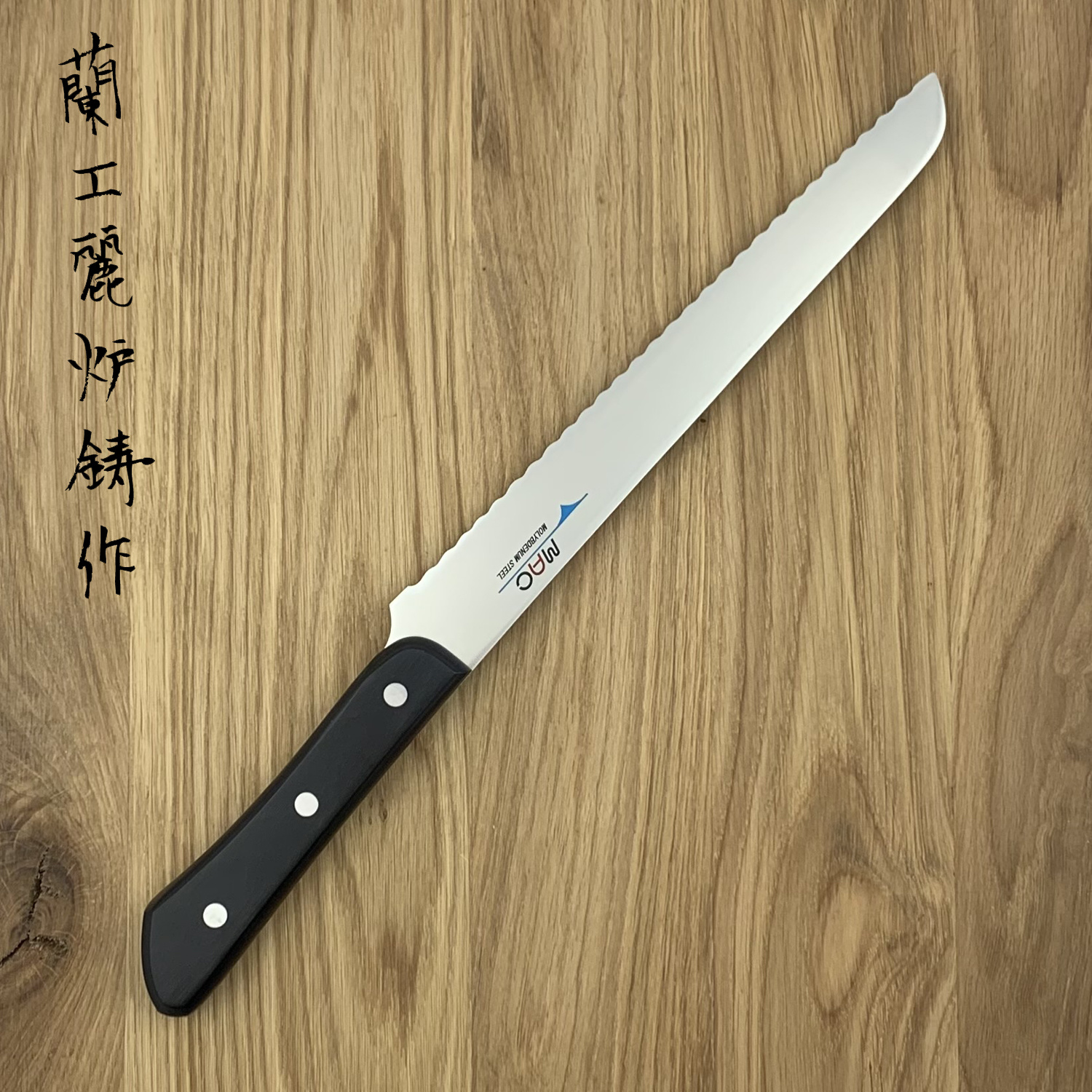 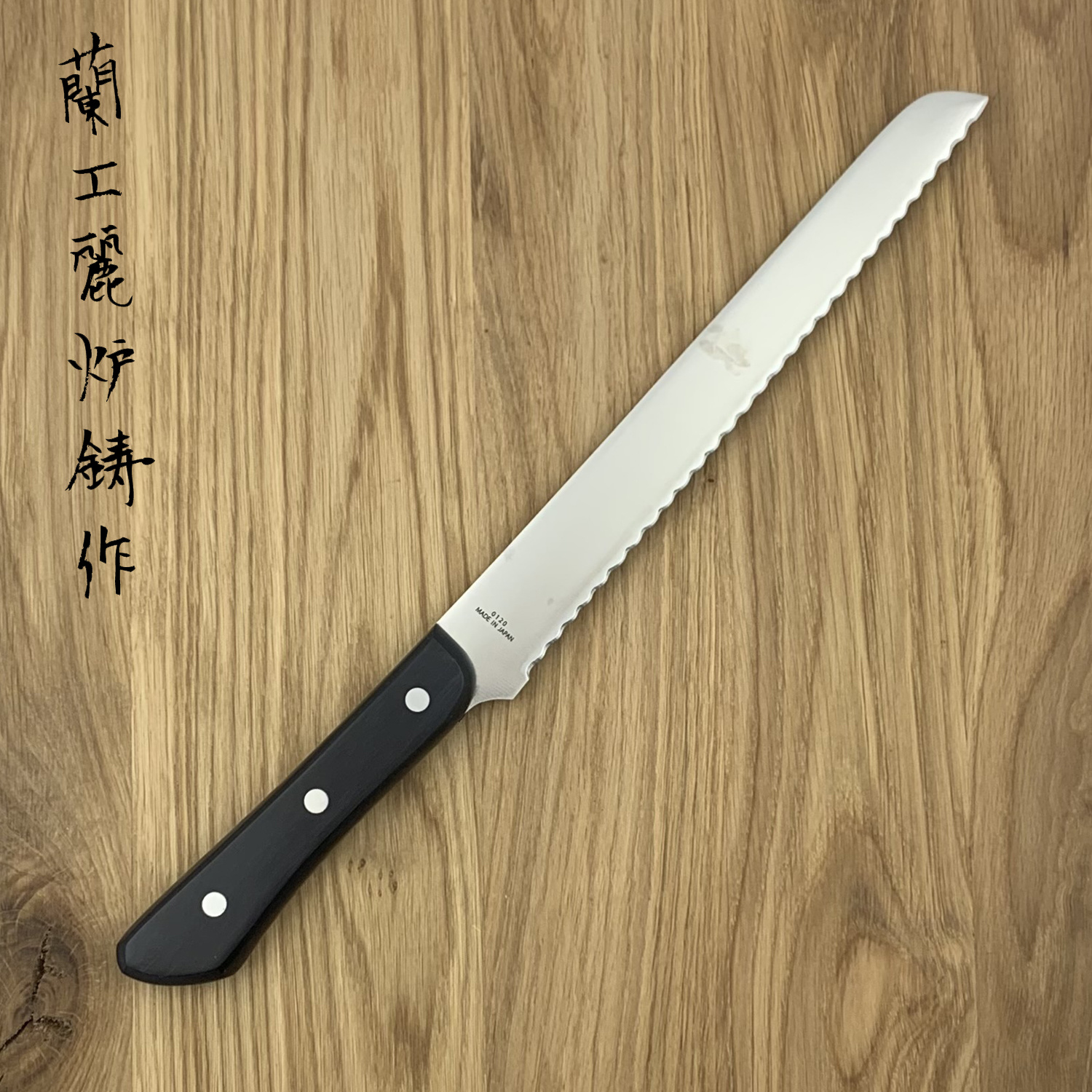 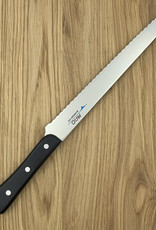 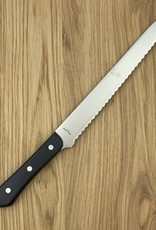 This 215 mm was the first serrated bread and roast slicer created by MAC.  The revolutionary "scalloped" serrations cut through breads and roasts without tearing them apart.  To maximize its effectiveness use an exaggerated, long, sawing action and use as little pressure as possible to create even, thin slices.

Features of the CHEF series by MAC:

The Chef Series has 2.0-2.5mm thin blades made with our original molybdenum steel.  These knives are shaped with many traditional European shapes with a handle that is straight (in line with the spine of the blade) and has a pointed tip.  Due to their light-weight nature, these knives can make quick work out of almost any food

When I first started with sharpening of the knives, together with my grandfather in 1994, we used to go to many restaurant in The Hague to sharpen. Later, when I took over, I was able to do it all myself. In 1998 I came to the restaurant Seinpost, back then with Paul van Waarden as a head chef, to sharpen their knives. Gert Jan Cieremans, the last chef of now closed restauant Seinpost, has been working there already for 2 years as a chef de partie. Mr. kuntz also has been working there in the kitchen and he owned a MAC. He was truly lyrical about it. I was allowed to sharpen it for him and ever since fell in love with Japanese knives. It's a joy to sharpen, they keep their extreem sharpness for a longer time than the knives I've known.

My first order with MAC were 6 knives from the Original serie. I gave them all to few chefs I know to hear their opinion about them. Of course, they were never returned to me- it was truly the best knfe they've ever used. Since then MAC has become very popular in the kitchens of Dutch restaurants.