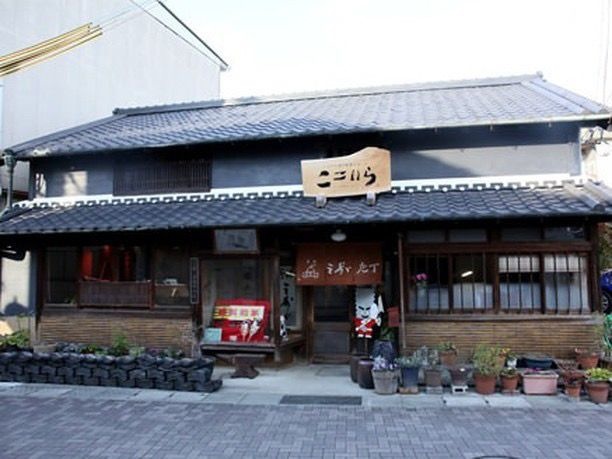 Yamato Miyawaki is a knife master who married into a knife family. Located in the quiet suburbs of Miki, his small store and workshop of traditional knives exists.

The fascinating story is that he used to work in the mass media and his dream was to create TV commercials. At the start of their relationship and marriage, there were no words of following in the family footsteps mentioned. However when Yamato’s father in law fell ill, with no one to carry on the family business, Yamato asked if he can become a knife maker. The father in law’s answer was NO. He said, “Why would I want to give my daughter the insecurity of having her husband in a self employed business?”

So then Yamato took the matter into his own hands, quit his job and trained full time (unpaid) with a knife craftsperson in Sakai, Osaka for 3 months. He was 35 with 2 young children. 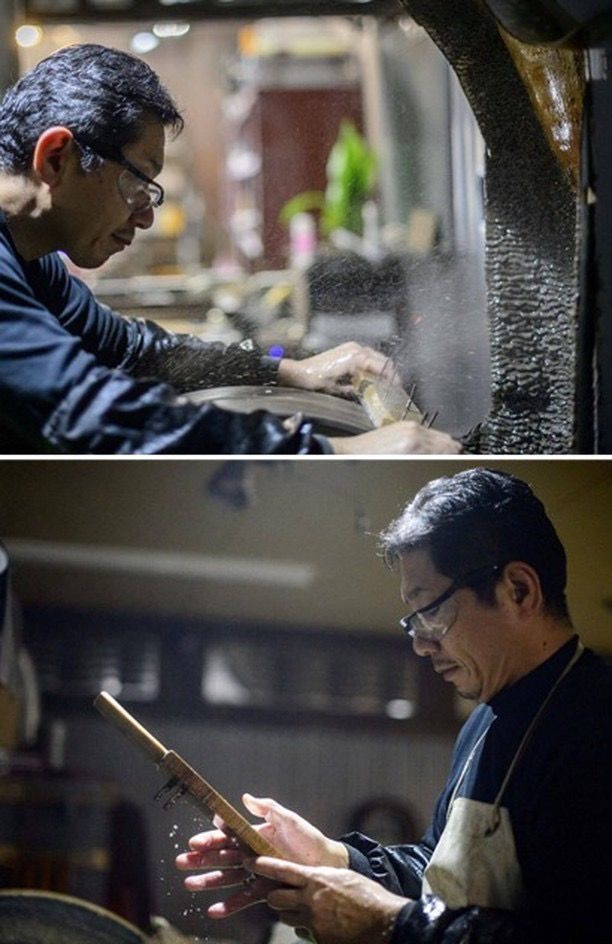 He became a professional knife maker in the coming years, although decades later, he still trains with artisans in Osaka regularly, continuing to perfect his skills and create the best knife possible. His knowledge and skills are immaculate. His passion to carry the name of Banshu region knives is very strong. Because of Yamato’s efforts, the Misuzu knife store is alive again for its 3rd generation.

On a normal day, in any weather, you can find Yamato creating and sharpening knives for shipment in his inside/outside studio. Because the production of knives is all done by hand, he can only make so many in a month. He works on his own and hopes to train a young blade maker to carry on the art and knowledge.