Mr. Fujii got his start in the knife business while helping his grandfather out in the workshop as a kid. When he was old enough, he fully started working for his father as a sharpener and eventually created his Sakai Kanechika brand after many years of training and learning from his friends and seniors. Over the years, he has done lots of subcontract work for various brands but only recently has started focusing more on his Sakai Kanechika brand. With his growing popularity, he has been able to bring on three new young apprentices in order to pass his skills to the next generation while also inspiring them with the same passion for the craft. 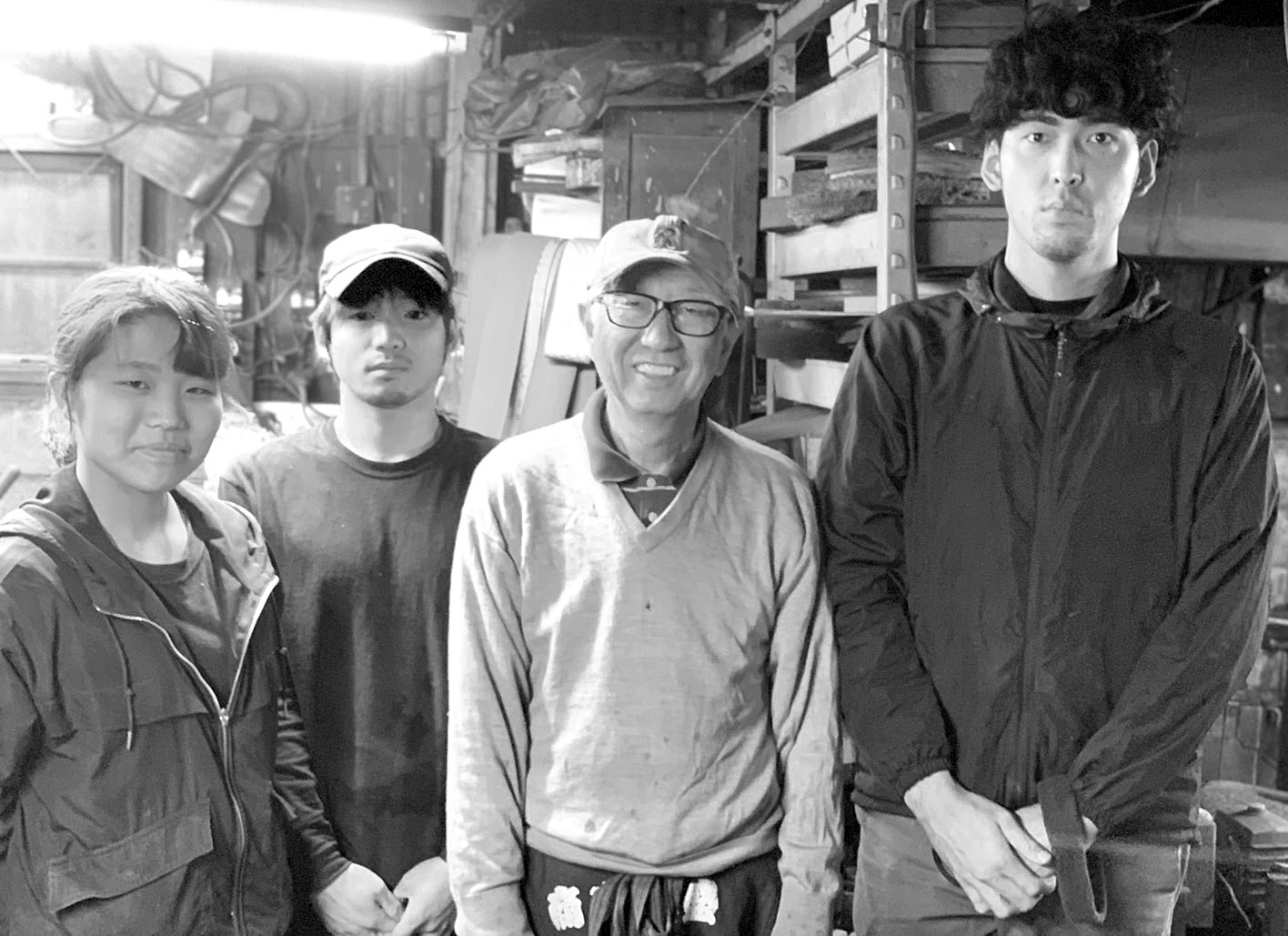 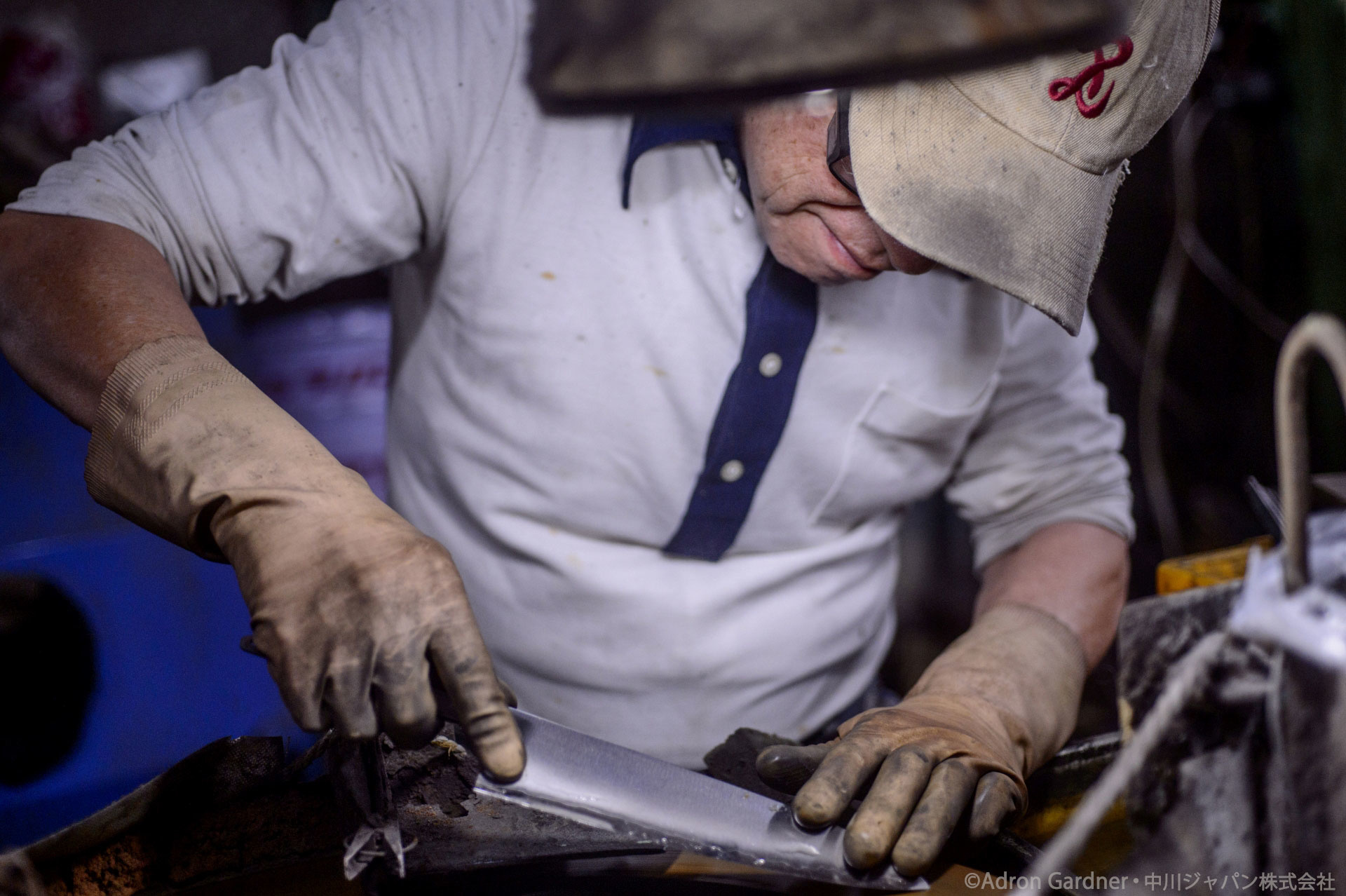 A TRADITIONAL CRAFT WITH 600 YEARS HISTORY

In the late 16th century, tobacco was introduced from Portugal and the Japanese started to grow it throughout Japan. Since they needed many knives for cutting tobacco leaves, "tobacco knives" were first produced in Sakai. For its sharpness, they were given a special hallmark called "Sakai-Kiwame" by the Edo feudal government and spread as monopoly goods in Japan.
Sakai knives, also known as wabocho, are carefully made one by one. They have received good reviews from many professional chefs and now it's said most of the knives they use are from Sakai.

Sakai Kanechika is based out of Sakai City, Osaka Prefecture. This area is well known for its many knifemakers. Some of these knifemakers use sub contractors, who are specialised in their own field. Like us, we specialise in sharpening, they are also small mostly family owned businesses who specialise in sharpening or forging etcetera. Eventually the knife is finished at the mani factory. Mr. Fujii san speciallises in sharpening and is in the knife business for more then 50 years. Fuji san continues to sharpen to this day and with the popularity of his knives, he has been able to bring on new apprentices to make knives in order to passionately pass on his skills to the next generation.

“I’ve had some difficulties with the flow of the times, but I’m really glad to see people who are happy with my knives. My dream is to bring awareness to the quality and sharpness of Japanese knives.”
– Keiichi Fujii 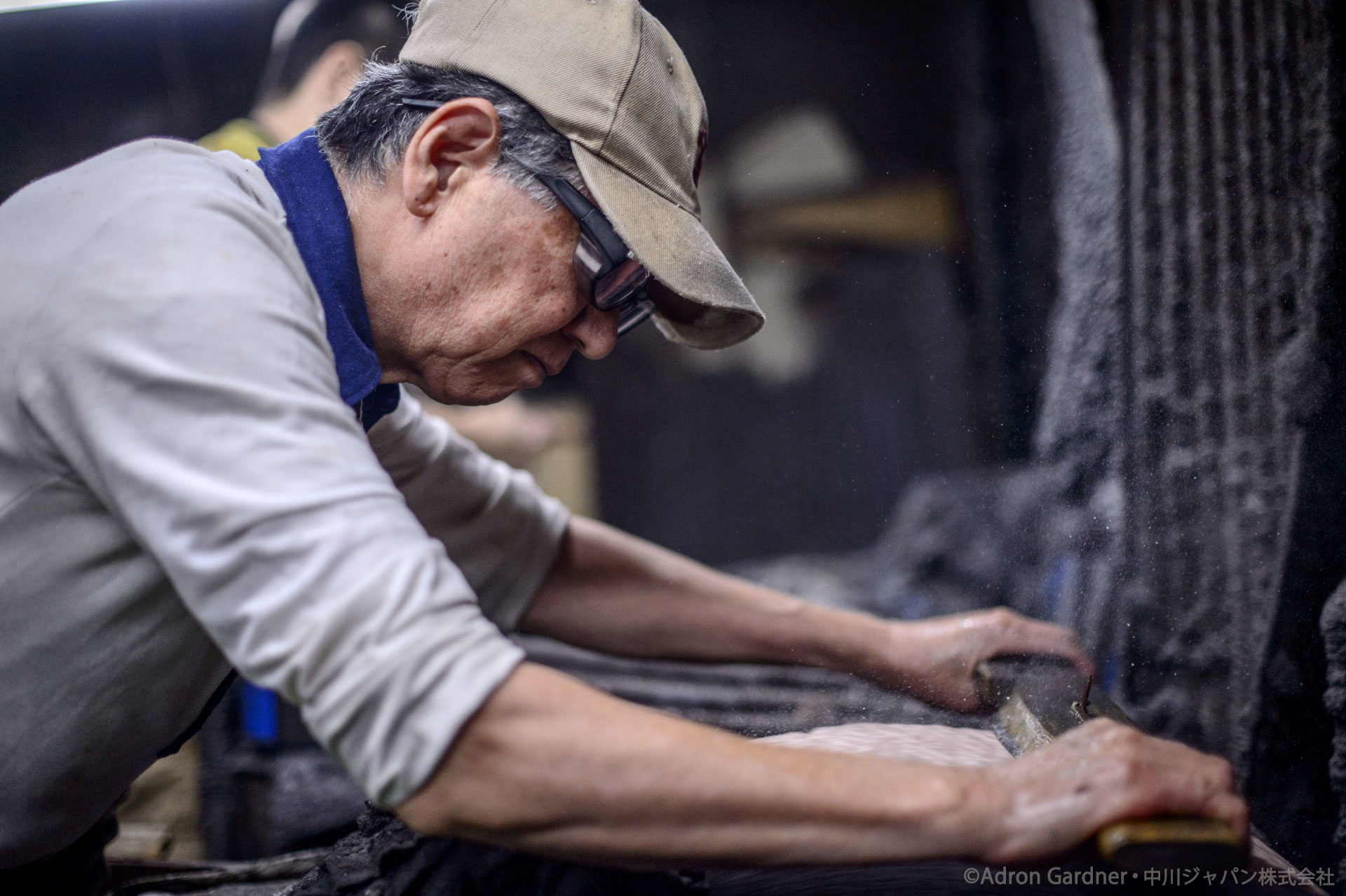