Nenohi Cutlery carries two brands: Nenox for the western style and Nenohi for the Japanese style knives.  The custom models are highly appreciated among the professionals, who love the look and the extreme sharpness, despite the intimidating price tag. Yusuke Sawada is the 2nd generation owner of this, for Japanese standards, young company: it has been founded in 1993.

At first the knives were sold in luxurious department stores in the stylish parts of Tokyo, but in response to huge demand it later decided to produce only exlusively for professionals.

Each Nenohi knife is handcrafted by certified craftspeople, mostly working in Nenohi’s plan in the Sakai area of Osaka, a place well known for centuries for its blade production.  There are at least 13 steps to the production of a blade. The first seven are undertaken by a master blacksmith, working at a forge to heat the metal and pound it into the basic blade shape. Next the blade is handed over to a master sharpener who goes through several more steps of polishing and sharpening the blade to finish it. Finally, a handle is crafted by other specialists.

To be allowed to sell these exclusive knives in Holland, we had to first get reference from our business relationships with other knife makers in Japan.

The production is limited and the waiting time for the custom models can be sometimes a year. 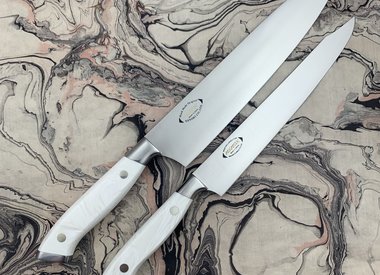 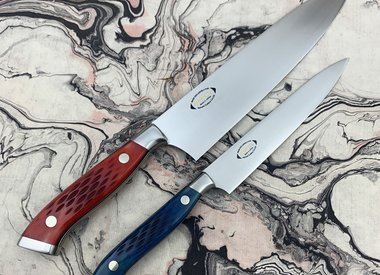 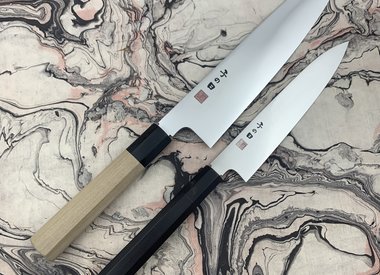